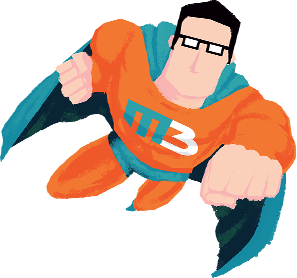 MalwareBuster was made by software developers whose main goal was to make the most thorough software that would remove the malware from the computers. These developers than dedicated their life and money to make something that would truly do the job to finally kill every type of malware that was out there. There are 20 years of development and global research to finally get the software right. The existing software that was being used mainly by technicians to remove the malware from users’ computers. At first, it was slow but it did the job. It was the first software that killed the malware at the root so it couldn’t come back. The first malware remover tool that was an all in one and the technicians didn’t have to use different software’s to solve the problem. The technicians that were using this software loved how efficient it was in doing the job.

Those technicians then felt that MalwareBuster needed to be available to everyone and partnered with the software developers to make the software faster, and easier to run. MalwareBuster was made to kill malware and that is exactly what it does. It was not made with the intentions to make money but to solve a problem that everyone with a computer faces. The software then was rebuilt with the consumer in mind. It was made user-friendly so that way anyone even with little computer knowledge would be able to run it on their computer. It was made cost-effective so that way anyone could afford to buy it. This was done because we kept the purpose of the software in mind, that we are here to help people and not to just become rich. We pride ourselves with the fact that our software works and works well. We are dedicated to helping the everyday person to be able to run their computer to its highest efficiency. We are here to solve the problem that everyone has and to take the worry off the consumer’s shoulders so that way they may be able to use their computer with no problem.

After years of researching, rebuilding, developing and testing MalwareBuster is finally ready for the public. MalwareBuster will stop the malware in its tracks. It will protect your data from breaches, remove the ransomware and give you back the control of your computer. This will speed back up your computer by removing the apps sharing your data and removing burdensome and unwanted programs. This is going to save time and money that would have been lost by repairing your computer and recovering data. Here at MalwareBuster, we have seen the results with our own eyes. We have tried it against the other malware removers and were shocked ourselves with the results and with what it found over the others. We challenge you to do the same. Give it a try, download another malware remover run it and then run ours and see what happens. Leave us a review and let us know what you think.